Since 1954 Hotel de Paris Museum™ has undergone millions of dollars of preservation and restoration.  It is a treasured landmark and appears much as it did during the 1890s.  Modern-day visitors are immersed in a setting of authenticity, which provides a fascinating window into the lives of the hotel’s proprietors, workers, and builders. 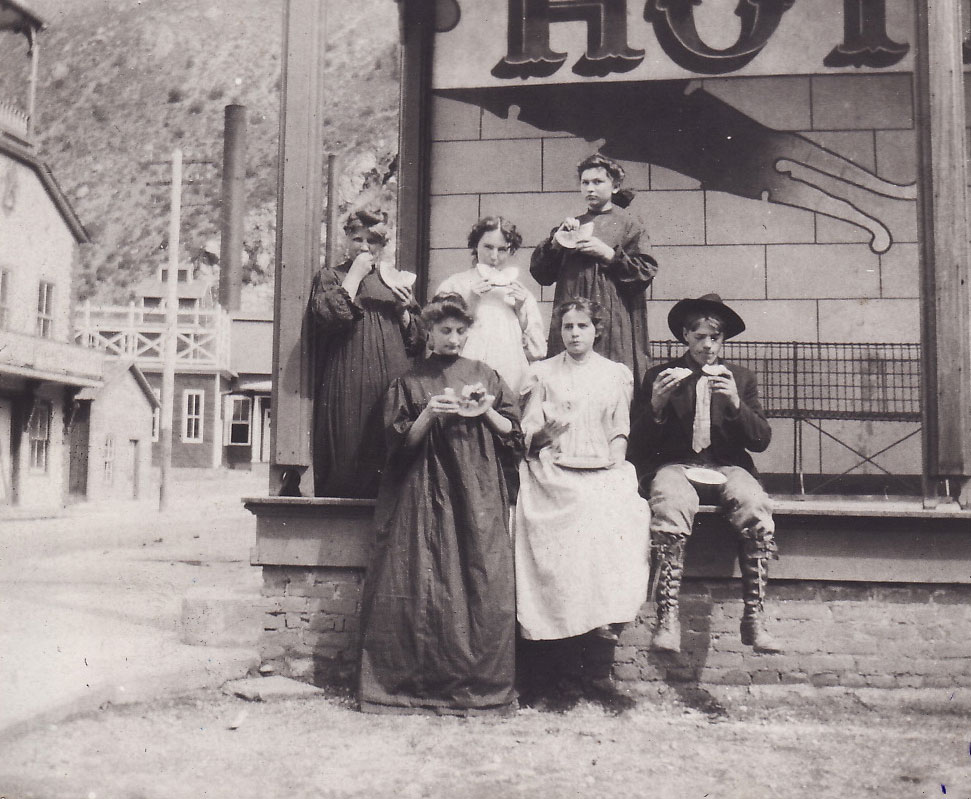 In New York, an editor accuses Adolphe of plagiarism; he enlists in the United States Army at Fort Hamilton, New York and is subsequently stationed at Fort Riley, Kansas and Fort Russell, Wyoming, where he deserts the army, begins calling himself Louis Dupuy, and makes his way to Denver, Colorado where he works as a warehouse laborer and later a courier for the Rocky Mountain News. The newly minted Louis Dupuy supports himself as a camp cook and itinerant reporter writing about silver from the mining camps of Breckenridge, Dillon, Silver Plume, and Georgetown, Colorado.

Louis quits the Rocky Mountain News over anti-immigration articles run by editor William Byers, then labors as a hard rock miner until he is mangled in a mining accident in which he saves lives. After recuperating under the care of the Sisters of Saint Joseph, Louis washes dishes in the Powers Building and uses reward money to reinvent Delmonico Bakery as Hotel de Paris. Louis hires shirttail relative “Auntie” Sophie Gally as housekeeper and her husband Jean-Antoine Gally as handyman and relocates them from Nimes, France to Georgetown, Colorado.

Sarah Harrison departs Nova Scotia, Canada for Georgetown, Colorado and works as a waitress at the Ennis House. Louis purchases property adjacent to Hotel de Paris and expands his business, including the establishment of a laundry. Chinese laborers complete a two-story addition and cellar expansion. John Touk works as a gardener at Hotel de Paris and lives in Room 1 of the Annex. Louis adds a sandstone sidewalk in front of Hotel de Paris, purchases Troublesome Creek, a cattle ranch near Hot Sulphur Springs, Colorado and puts stone steps at the hotel’s front entrances. Louis acquires property adjacent to Hotel de Paris and Chinese laborers construct a second two-story addition, expand the cellar, and attach a galvanized iron cornice to the front façade. Louis Dupuy becomes an American citizen. Ned and Hazel Burkholder born in Georgetown, Colorado.

Louis stuccos and scores Hotel de Paris to resemble blocks of stone and builds an addition on the Annex; Chinese laborers construct stone walls to create enclosed outdoor courtyards. A fire at the McLellan Opera House threatens Hotel de Paris, which survives due to its masonry exterior. Louis commissions a mural consisting of crossed flags of France and the United States of America with a banner identifying the building as “Hotel de Paris,” electrifies the hotel, adds a truss roof over gabled roofs covering the hotel, and emplaces the statue “Justice Unblinded.”

Sarah begins removing fire damaged structures in Block 20 and hires a chain gang to clear and level a lot next to Hotel de Paris. Repairs take place on the exterior stucco (including repainting the crossed flag mural) and the restaurant dining room ceiling.

Sarah transfers ownership of the hotel to Hazel.

Hazel retires from teaching and manages Hotel de Paris as a boarding house.