The three most asked visitor questions at Hotel de Paris Museum™ are: 1) Is the hotel haunted?, 2) Can I get a room or a meal?, and 3) Who stayed at the hotel? 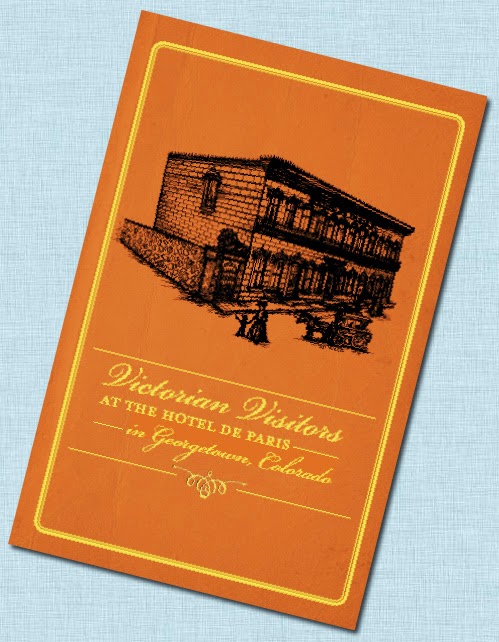 The three most asked visitor questions at Hotel de Paris Museum™ are: 1) Is the hotel haunted?, 2) Can I get a room or a meal?, and 3) Who stayed at the hotel?  Museum staff were able to answer the first two questions rather easily, but the third question was more difficult to address with any certainty due to a lack of analysis of the guest registers from Louis Dupuy’s Hotel de Paris.  In fact, until recently, no paper or book had been written about guests of the Hotel. 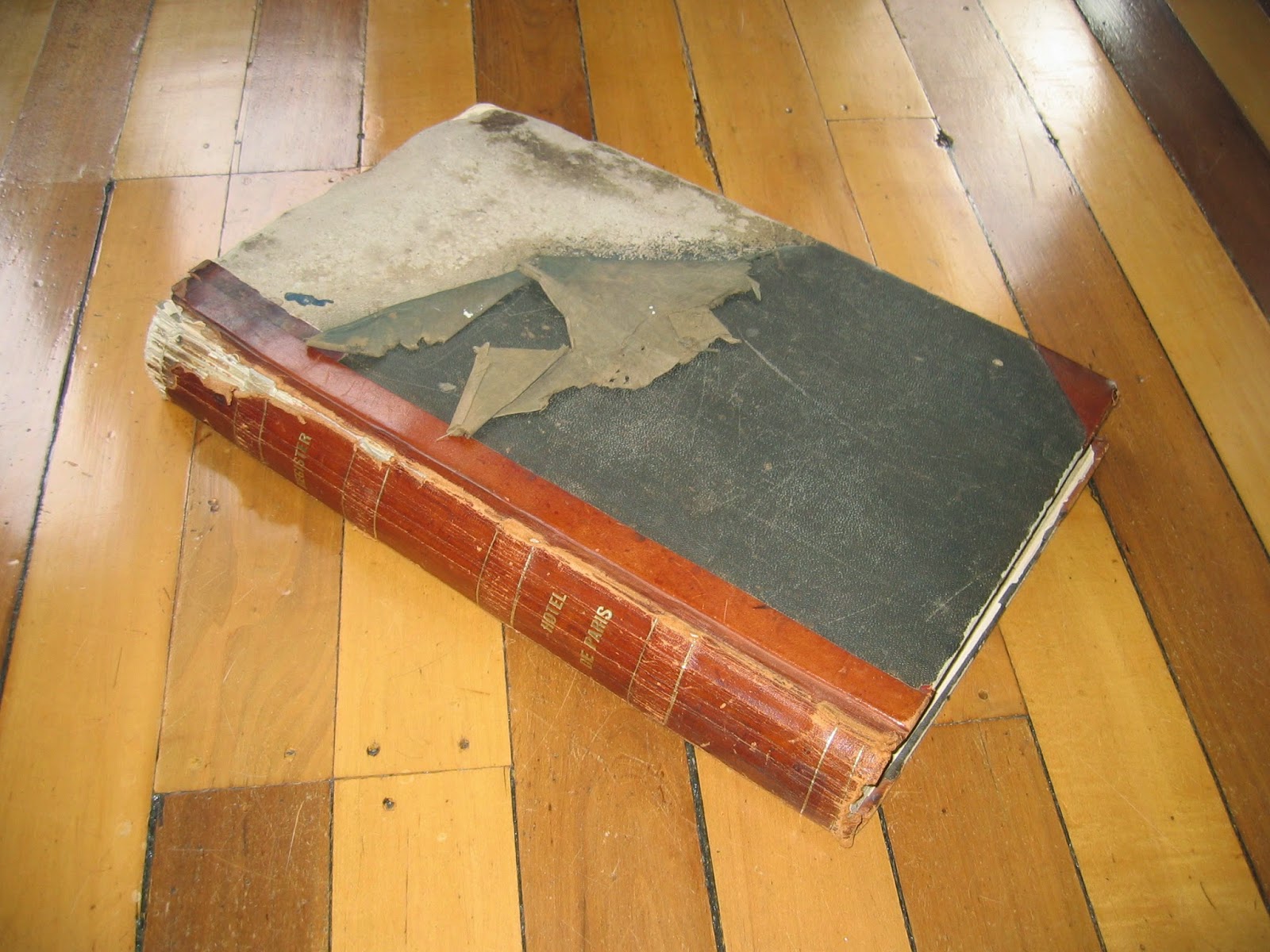 For many years, there had been only a vague understanding of the clientele of the Hotel.  In 2007, a survey indicated one of the most interesting aspects of the site to today’s visitor is who dined, drank, and slept at Hotel de Paris.  Therefore, out of respect for our visitors and a commitment to scholarly study of the site, the five extant volumes of the registers were meticulously analyzed by Constance Merrill Primus, a volunteer for Hotel de Paris Museum™ and an active member of The National Society of The Colonial Dames of America in the State of Colorado (the organization that has owned the site and operated it as Hotel de Paris Museum™ since 1954).

About the same time as the visitor questionnaire, Mrs. Primus began to decipher and transcribe handwritten names found in several volumes of the Hotel’s guest registers.  Five large volumes of signatures are owned by History Colorado and span the periods July 1881-July 1883, December 1887-April 1889, June 1891-April 1893, April 1893-October 1895, and February 1897-July 1914.  Four volumes are housed at the Stephen H. Hart Library and Research Center of the History Colorado Center; however, one volume is on loan to Hotel de Paris Museum™, where it is on permanent placement in a locked cabinet so that it may be seen and enjoyed.  The registers were given in 1967 to the Colorado Historical Society (now History Colorado) by James Grafton Rogers, former Assistant Secretary of State in the Hoover Administration and police judge of Georgetown, Colorado. 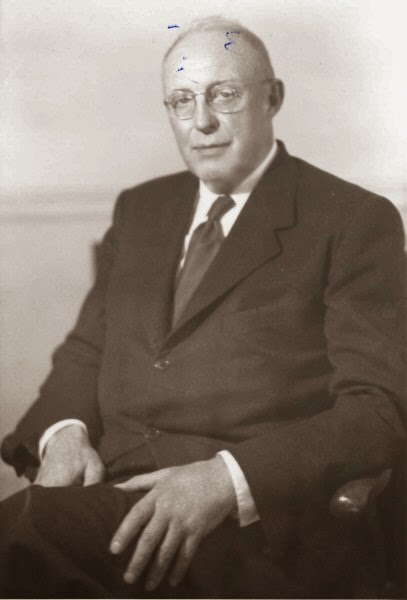 Starting in 2008, outgoing loans of the registers took place between History Colorado and the Museum for purposes of study.  History Colorado loans for “reasonable periods of time, materials and exhibits possessed by the society to responsible borrowers under adequate safeguards.” 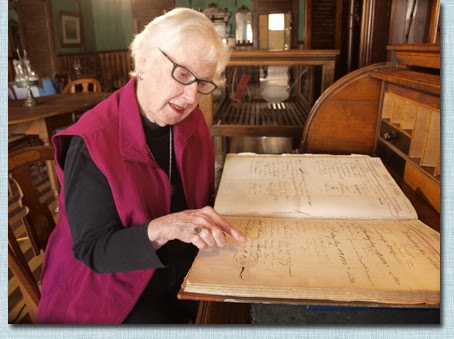 The initial intent of Constance Merrill Primus’ project was to create a legible and searchable database for people interested in determining who stayed or dined at Hotel de Paris.  Information (such as name, residence, time, and room) is periodically requested by genealogists who have reason to believe their ancestors, or subjects of their research, may have visited Hotel de Paris when it was still in operation as a fine hotel and first-class French restaurant.  Work is underway to provide the database as an online resource on the website of Hotel de Paris Museum™.  Like the list of resources provided in Victorian Visitors at the Hotel de Paris in Georgetown, Colorado, it is anticipated the interactive online database will stimulate interest and involvement in history.

Mrs. Primus began untangling tens of thousands of Victorian era signatures written in cursive.  These names provided evidence of visits by individuals from locations far and wide.  Through her diligent work, she uncovered the humanity of individuals.  Typical of the period, there was an abundance of flourishes.  Numerous smudges, wavering lines, and uneven line thickness added to the difficulties of untying the many artistically inked loops and strokes. 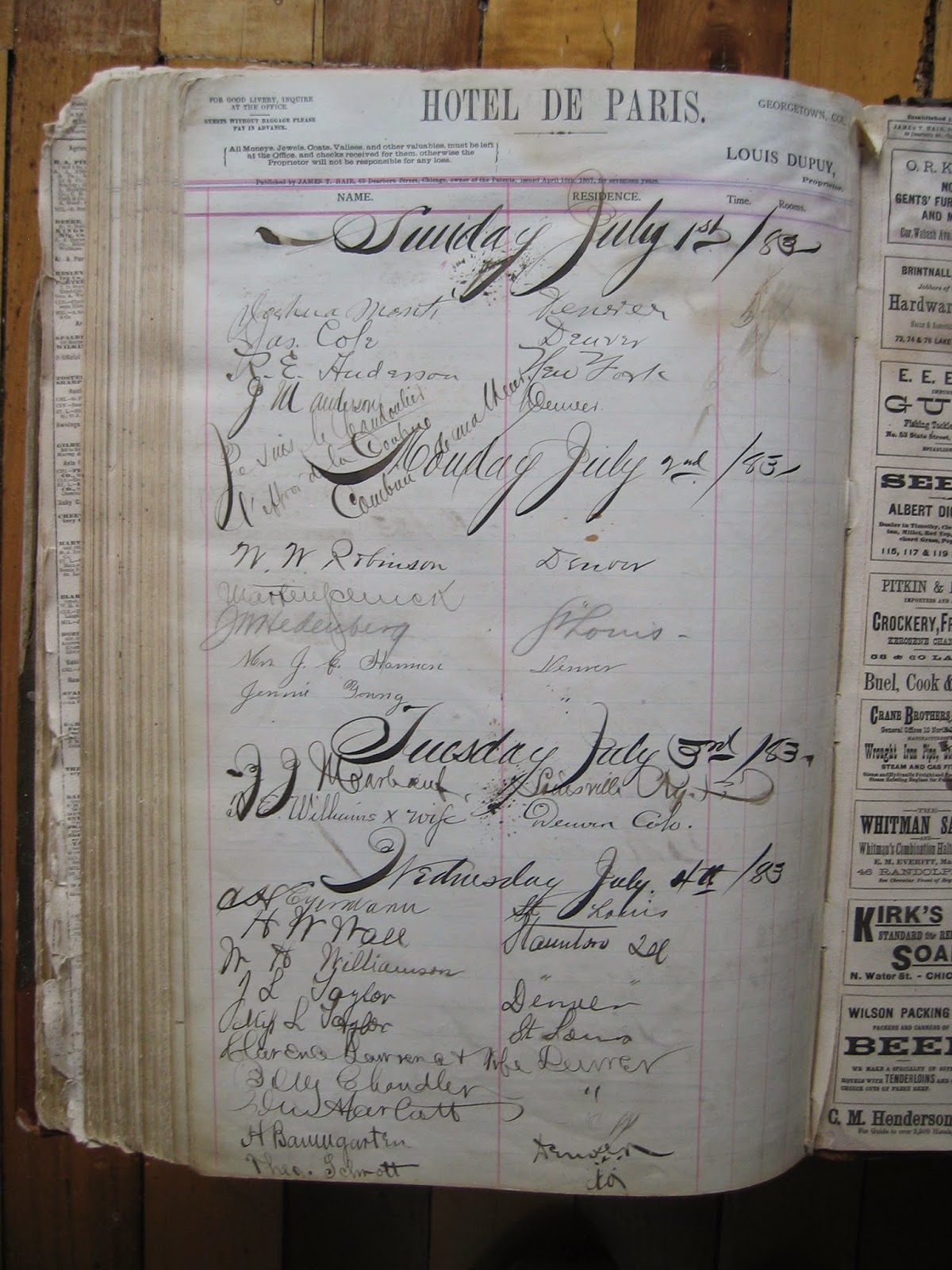 Examples of the hand-written signatures

Leading up to the sixtieth anniversary of Hotel de Paris Museum™, it was suggested by Museum Director Kevin Kuharic that the painstaking efforts of Mrs. Primus be expanded into a book in order to commemorate the Museum’s six decades of service to the public.  From her seven-years-long project, emerged a better understanding of the fascinating clientele who dined, drank, and slept at this “typical French inn” and one of the best hotels in Colorado.

Each name (totaling over 18,000 individual records) was transcribed by Mrs. Primus.  She verified types of visitors and grouped them into the categories of diners, miners, railroad men, commercial travelers, lady tourists, and entertainers.  The long list of guests included Heneage M. Griffin (a wealthy investor from England), Lena Stoiber (Silverton’s “Captain Jack”), Robert A. Sedgwick (railroad conductor), Fritz Thies (cigar factory owner and musician), Helen Barnum Buchtel (property developer), and Mrs. General Tom Thumb (world-famous “little person”).  This small sampling of visitors illustrates the diverse backgrounds and personalities drawn to Colorado in its first quarter century and helps illustrate the expansion of the American West.  Mrs. Primus successfully tells the story of immigration, the rise of industry, the construction of rail roads, the growth and collapse of silver mining, the role of privileged 19th century women, and the disastrous effects of the Panic of 1893. 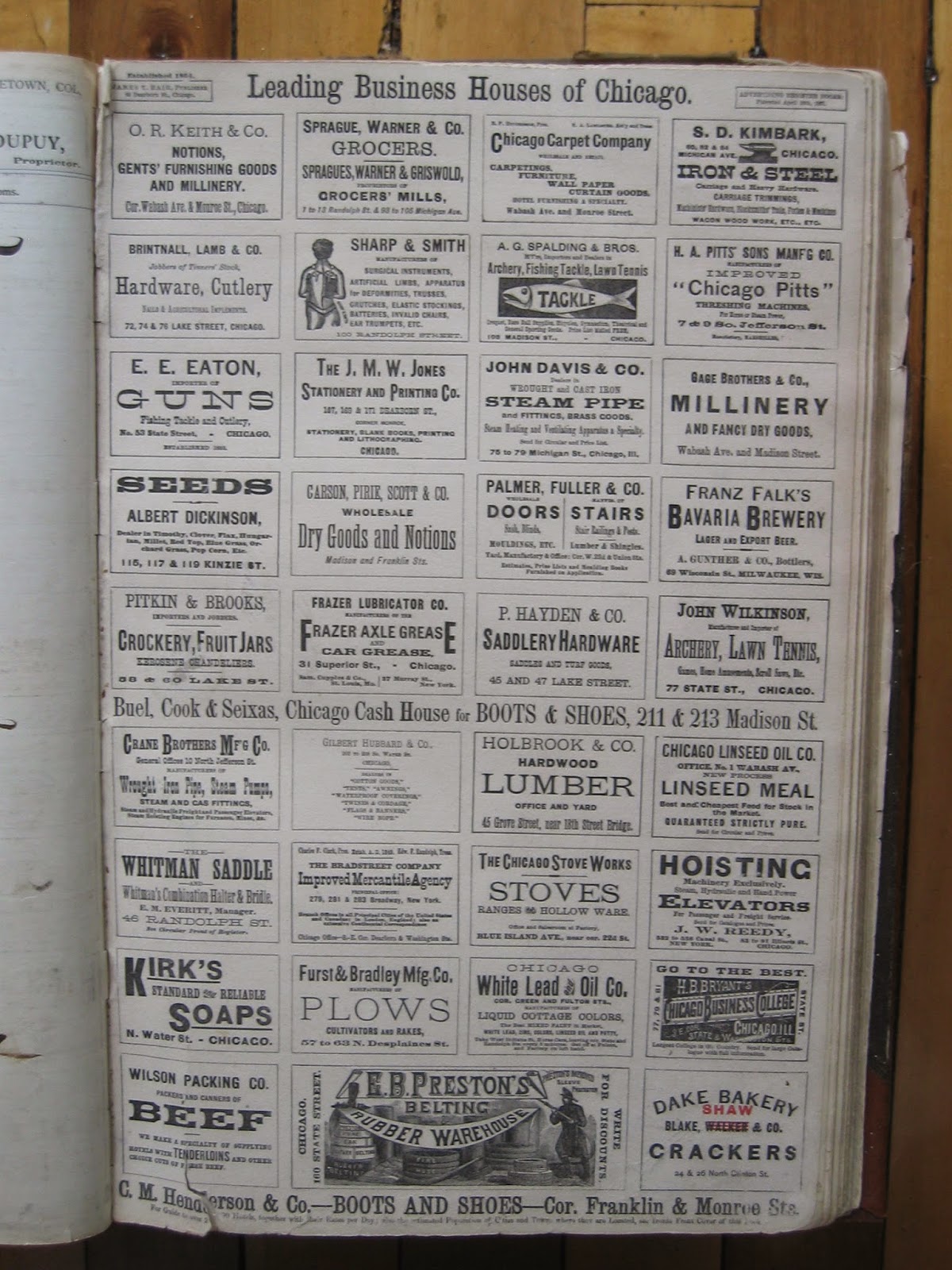 Example of a blotter page

In addition, solid historical research revealed proprietor Louis Dupuy hosted women, which contradicted reports beginning in 1911 that Dupuy turned women away from his establishment.  In addition, it was discovered there were Jewish traveling salesmen who rented the Hotel’s sample rooms and sold their goods to Georgetown locals and others in the vicinity.   Prior to this, the existence of women guests was in question and the contributions of Jewish people were unknown.  Victorian Visitors at the Hotel de Paris in Georgetown, Colorado has expanded the story of Hotel de Paris to be more inclusive and truly representative of the history of the site by reconstructing the lives of people from their personal signatures. 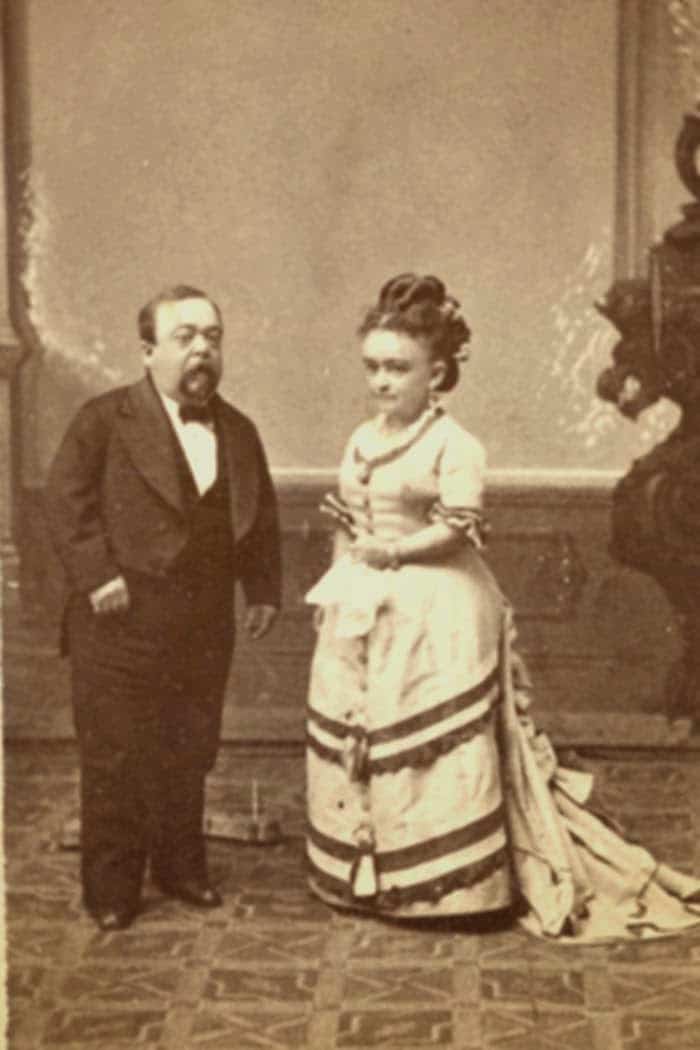 Victorian Visitors at the Hotel de Paris in Georgetown, Colorado has helped make Hotel de Paris more relevant with diverse communities by telling stories that embrace a fuller range of cultural experiences.  The expansion of the site’s list of key historical figures has allowed the Museum to speak more effectively to race, creed, gender, age, abilities, and socio-economic backgrounds.  Just recently, the new understanding of the site has enabled the management of Hotel de Paris Museum™ to apply for a grant to fund an Interpretive Plan that will help tell some of the stories discovered by Constance Merrill Primus on guided and self-guided tours of the site.